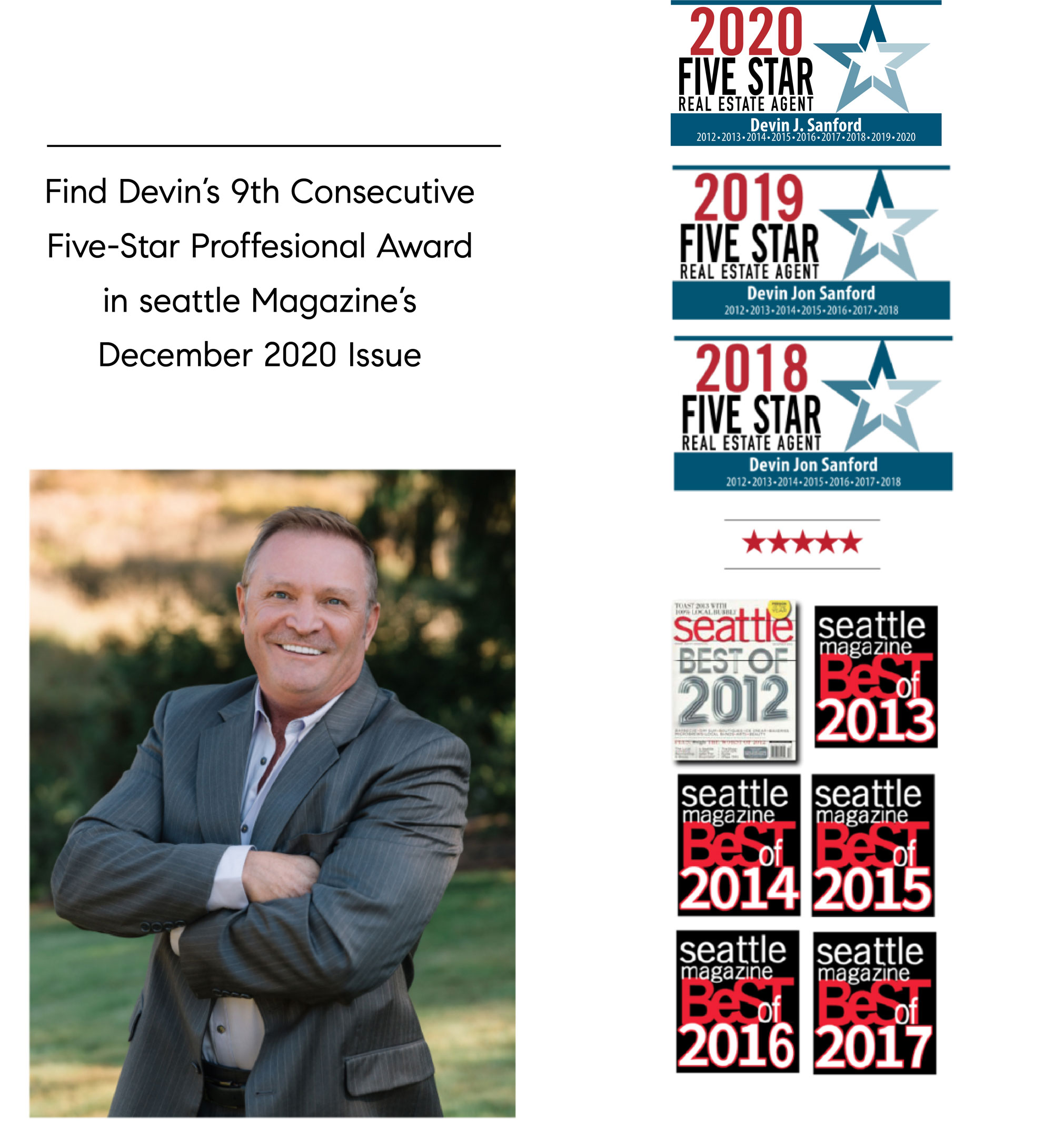 Devin measures his success by how well he serves others and is known as the Realtor who gets it done. Born and raised in Snohomish and King Counties, he has a lofty knowledge of the local cities and towns. Paired with a love for people and the natural beauty of the area, Real Estate was the perfect match for him.

The youngest of seven children and being moved from school to school, he developed strong work ethic and adaptation skills at a young age. These traits afforded him a 17-year successful sales career prior to joining Windermere in 1999 where he became a top producer. In 2003, he was recruited to the sales team for Trilogy at Redmond Ridge where he gained an in-depth knowledge of the new home construction process, received several regional awards, and eventually accepted the position of Designated Broker before returning to the resale industry. Following, he spent several consecutive years as the #1 Broker among five Preview Properties branches and has been recognized in Seattle Magazine as a Five Star Professional since 2012.

Welcome! We're constantly updating our blog with local stories, market updates, and fantastic steals &amp; deals. Make sure to bookmark our blog for these great stories and more!