A quick view of the most influential metrics in Everett.

The City of Everett is the county seat of Snohomish County, Washington.  Located about 25 miles north of Seattle, Everett is a Pacific-Rim city situated on Port Gardner Bay.  Once a mill town built on wood-based industries, today’s labor force of more than 80,000 is predominately employed in technology, aerospace and service-based industries.

Everett, WA is home to the largest public marina on the west coast of the United States and is the western terminus of the western segment of U.S. Route 2. It is also home to Boeing’s assembly plant for the 747, 767, 777, and the new 787 in the largest building in the world by volume at 116.5 million cubic feet .

In 1984, Everett was selected as the site of a U.S. Navy Homeport, Naval Station Everett. The Naval Station formally opened in 1992 and on January 8, 1997 welcomed the aircraft carrier USS Abraham Lincoln. Everett is also home to the Port of Everett, an international shipping port, that brings trade, commerce, jobs and recreational opportunities to the city.

The Everett WA real estatehistoric district runs from around 8th Street to 25th Street, north to south and from Broadway to Grand Avenue, east to west. The district contains many old stately homes including the home of the former U.S. Senator Henry M. Jackson on Grand Avenue.

Situated at the mouth of the Snohomish River on Possession Sound, the Everett waterfront is home to Naval Station Everett, a sprawling Kimberly-Clark paper mill and the Port of Everett (est. 1918). The Port of Everett includes both a deep-water commercial seaport and a marina with over 2000 slips, which it claims to be the largest on the west coast of the United States.Ambitious redevelopment began in 2006 to convert the north end of the waterfront into a community of maritime business, retail shops and condominiums, beginning with the Port of Everett’s Port Gardner Wharf. In 2006, the seaport received 119 ships and 59 barges, totaling some 192,000 short tons of cargo.

The waterfront is also home to the Everett Yacht Club, which was founded in 1907, although it existed in some form as early as 1895.During summer months, the marina is home to the Everett Farmer’s Market (Sundays) and the Waterfront Concert Series (Thursday nights), part of a city-wide free concert series which in 2006 attracted over 26,000 visitors.Each September, Tenth Street Park on the waterfront is home to the annual Everett Coho Derby, while each August the marina promenade is gowned in local art during the Fresh Paint Festival of Artists.

View our selection of available properties in the Everett area.

Check out the latest demographic information available for Everett.

Get to know Everett better with our featured images and videos. 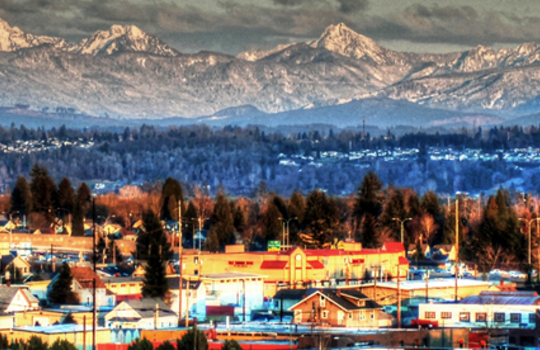 Learn more about schools near Everett complete with ratings and contact information.

The Best in Everett

Browse through the top rated businesses in the most popular categories Everett has to offer.

Read interesting and helpful resources and articles related to Everett