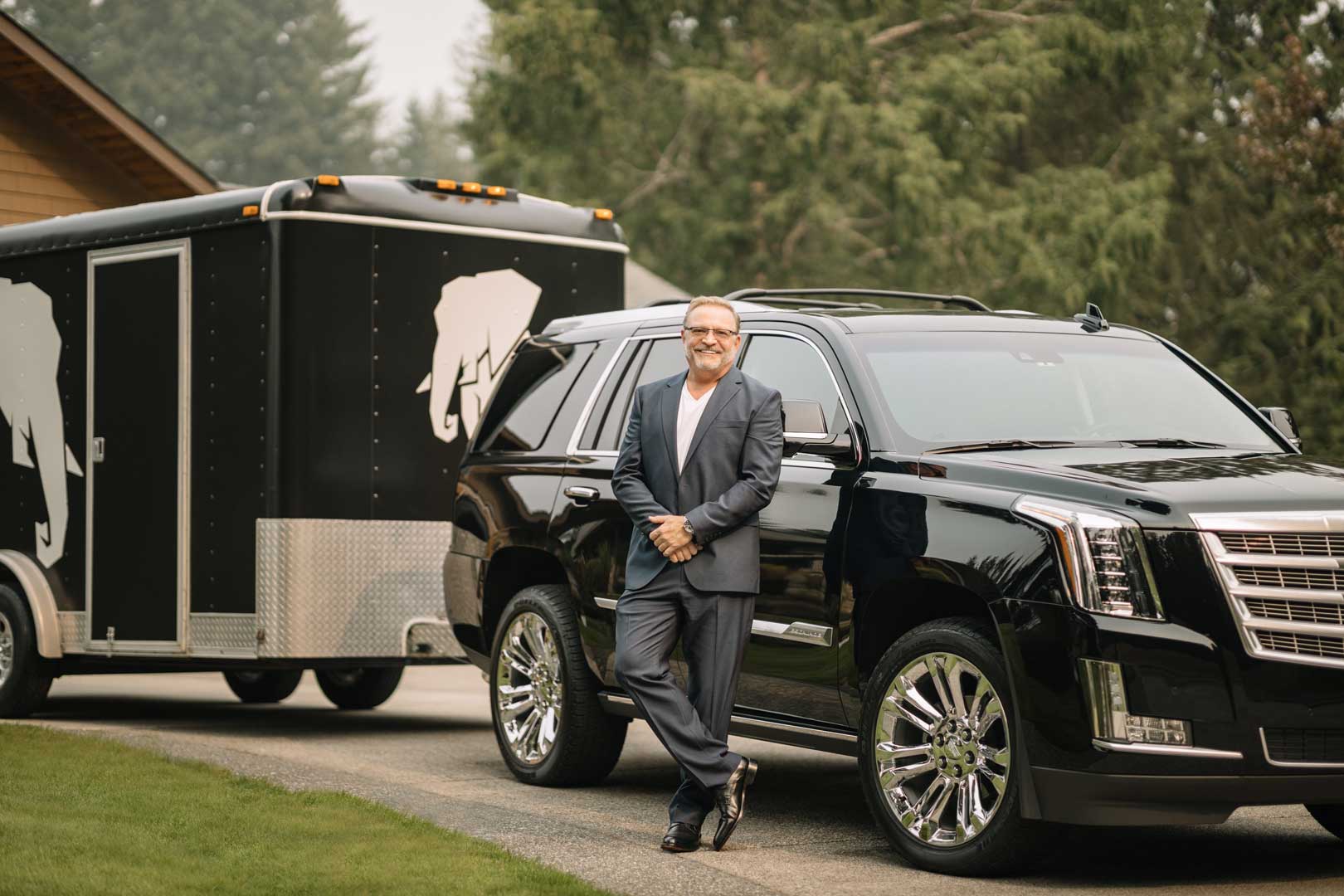 2021 was a Banner Year Despite Covid. 105 Total Sales Make for the Most in Five Years. Appreciation was Rapid, Inventory Scant. Buyers must be Bold…

Trilogy benefitted from the general lack of homes for sale throughout King and surrounding counties. Buyer’s Agents unfamiliar with Trilogy showed and sold homes because they became available. A balanced real estate market, one where Buyers and Sellers have an equal amount of power, is about four- or five-months’ worth of inventory. This means, if not a single home came on the market, it would take that long for the entire inventory to deplete. King County ended the year with (0.27) months of inventory or about eight days. Numerous counties in Washington hovered under two weeks of inventory for much of the year. As a result, sales were down year over year but outsold new listings, depleting the market.

According to the Northwest Multiple Listing Service Statistics, the median sales price in Trilogy rose from $765,250 in January 2021 to $1,023,000 to January 2022 or 33.7 percent. There was an enormous jump for September closings, written weeks earlier, to $978,500 surpassing the one-million-dollar mark in October then rose gradually. Pricing seems to be leveling off a bit and it’s no wonder after the recent crazy train ride. TRR is on the border of two NWMLS listing areas including Juanita/Woodinville and Redmond/Carnation that experienced price growth of 19.7 percent and 20.7 percent, respectively. These are affluent areas. King County covers a diversity of neighborhoods and values grew 13.1 percent overall. The average days on market were between five and six in all areas. Trilogy and surrounding areas realized 5.9 percent to 6.6 over the asking price while King County received 2.1%.

January 2022 Kicks off with Two Closings …

The first closing of the year was one of the earliest homes built in Trilogy having completed construction in 2002. This Vashon Plan, the smallest of the Island Collection is clean, has granite slab in the Kitchen and hardwood floors in the main living areas. The rest is modest with carpet and tile and the home is situated with houses on three sides and across the quiet street. The Bainbridge had the same lot situation but had a higher degree of fits and finishes, window treatments, fixtures, etc.. The Elephant was honored to secure it for the happy new Members.

These two homes received an average of over 24 percent of the asking price. If you told me years ago, we’d see this type of pricing, I couldn’t have imagined it. The first of these plans to sell in 2021 went for $840,000 and $850,000, respectively. The market is nuts; the Buyers are not. They’re doing what they must do to secure their dream home before it becomes out of reach. We’re having a fair influx of former Californian’s join us who are sick of the taxes and/or fires; some have family here. Many of those who have sold have lived here for some time and decided it was time to go home to the Midwest or Southern States where the proceeds from Trilogy will go far and family will be near.

Zillow Review
I’ve been receiving Devin’s monthly Market Reports on the sales of homes in Trilogy at Redmond Ridge for 10+ years and found it extremely useful in understanding and keeping pace with how the real estate market is doing in the Seattle/Redmond area from Southern Cal. So, when I was ready to sell my home in Trilogy, Devin was the only broker I wanted to work with given his tremendous knowledge and expertise of that particular community. Devin totally guided me through the sales process with professionalism and courtesy. I was amazingly comfortable working with him even though I was 1200 miles away. Bottom line, You’re safe with Devin Sanford!

105 Closings for 2021.
Inventory remains low as turnover is rapid. Rising interest rates are likely to slow price growth. The Elephant predicts Trilogy appreciation to hover around 10 percent for 2022.

A Recap of 2021 Month over Month Statistics:

January 2022 Kicks off with Two Closings …

Retraction:
The Elephant’s 2020 Version of this chart under the “Forest Collection” section had a second heading titled “Nice” sales. It should read “Maple”. The data is correct. The larger square footage is evident over the 1,900 range of the smaller “Nice” plan.

411 for the Newer Members

Square footage is based upon the developer’s blueprints and can vary depending upon structural selections prior to breaking ground. I was fortunate to work with the original blueprints when marketing new Trilogy homes. The Forest and Estate Collection plans all have options for expanded interior space in lieu of a third car garage, which would result in larger reported square footage. Although the 3rd largest of the 23 plans, the Oakwood is the only one capable of being a four bedroom. Washington State does not include the garage in interior square footage in an appraisal. Smaller plans may vary slightly in size due to Bay Windows. Only four have a half story, typically adding an additional bedroom, a bathroom, and a loft. They are the Madison, Washington, Alder and Maryhill.

The Pachyderm predicts more of he same, rising prices, quick turnover and around 100 homes changing hands. With the Fed (Federal Reserve System) already hiking interest rates three times this year, the rise in pricing should slow down but demand will still be strong until the inventory and time on market increases. As I type, there are only two deals sitting in Escrow. In addition, there has been a “Contingent” offer accepted. The home backs to the Parkway so a bird in the hand may be a good strategy. Record low temperatures and heavy snow slowed home sales during December
and it’s still chilly. I expect a slow start through February then we should expect the usual March flurry of activity ebbing and flowing into late Fall.

Buyers will still have to compete for properties, many several times before securing one. The Elephant has worked with many more Buyers than usual since the onset of Covid-19. They want to win, and they seek a community expert. My last sale was typical of several I’ve had of late; winning by a few intricate details the less experience Broker missed. They’d have won in most other competitions. If you know someone who needs help securing a new home, my 22 years as a Broker taught me how to navigate the waters. I’d be honored to get it done for them. As always, I am here to orchestrate getting you top dollar for your listing as well.

A quick “shout out”
To the many of you whom I’ve assisted recently and over the last 18 years. I think of you often. Being a hands-on guy, I have a good deal of involvement with the wonderful people I’m currently working with leaving not much time to keep up with everyone. I regret that and, I want you to know that I appreciate you more than you can imagine. Recently I attended a Memorial service for my cousin. I hadn’t seen many of my relatives for years yet the “It’s so nice to see you” comments were evident by the tone in their voices and gleam in their eyes. They meant it and I felt their love. I have been out of their site but not out of their minds and likewise. You, My Friends are on my mind. I’ve managed to connect with some of you and am striving to improve during 2022. In the meantime, I do answer the phone and call back should you wish to brighten my day. Have a healthy and prosperous 2022 and know I am here for you. Thank you so much.

That’s a wrap for 2021. May 2022 be a great one for you!
Familiar to many as “The Elephant Guy,” Devin has been serving Trilogy since 2003 and was involved early on with new home sales, floor plans, assessment of lot premiums, development of the Trilogy Guest Tour, Member Ambassador Program and held the position of Lead Community Representative and Designated Broker. He has been providing in-depth monthly market reports and Year End Reviews to Trilogy Homeowners since 2010.