Market Report: February through May 2021 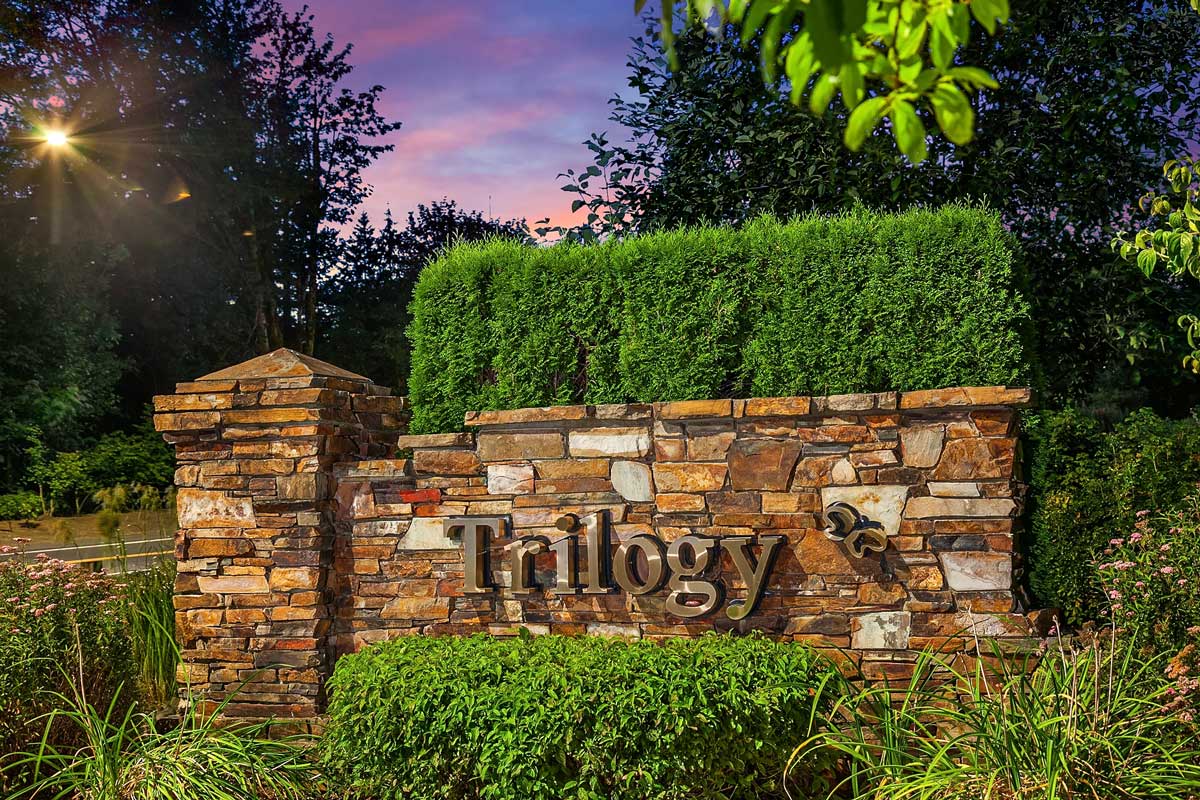 You may recall we had six closings in January carrying over from the start of a frenzy for housing during December of 2020 and the first bidding wars were beginning. However, it was a frigid start to February with just two sales, both the Bainbridge plan and a calm before the storm, if you will. However, they were hot closings to warm things up with Sellers realizing nearly 16% over asking prices on average. Check out the progression of months as we go below and it’s not hard to recognize a trend. The question is, “Are we nearing the end?” For now, I’ll avoid going into the usual details that separate one identical floor plan from the other as, at least for the last few months, a house is a house with Buyers pleading, “Just get me one!” Therefore, pay close attention to the remarks directed at percentages of asking price and the days on market. It’s mind-blowing and speaks for itself.

Eight was Great for March …

For the abundance of you who have asked, no, I am not retired, and I offer my sincere apologies for having the longest non-reporting span since I’ve been providing these Trilogy Market Reports. Thank you to those who called to ask if I was still around; yes, resoundingly, in body and mind. Simply put, it’s been a crazy year and I’ve been working with more Buyers than I have since I was a poopy over 20 years ago. TRR prospects have been reaching out trying to find someone who can help them get in. It’s been a great privilege to help them accomplish that and I’ve gained an immense appreciation for the efforts my counterparts go through to secure a property for their Buyers. Now that I’m back to posting for sale signs around the community, I’m relieved to be doing what I love, taking the load from Sellers, keeping you informed and telling it like it is.

The Chelan falls under the King County’s Regional Coalition for Affordable Housing plan thus the maximum sales price is set by the County and a Buyer cannot pay more than that amount. They can be sold for less, yet this Trilogy entry level home brought full price during April’s insane market. The six homes closing escrow averaged 20 days on market. However, these numbers are greatly skewed by the 88-day sale and slightly by the 16-day sale. If we remove those two, the other four averaged under six days  and realized over 6% of the asking price. The first two listings to drop in price for 2021 were listed by 1% Listing Fee Brokers, averaged 52 days on market and final sales prices of $66,500 below the initial asking price.

An Even Dozen for May …

Prior to 2021 there were under a dozen resale homes that had surpassed the $500.00 per Sq. Ft. mark since resales began to happen in Trilogy. The Northwest Multiple Listing Service only reports back 10 years and still reports 1,393 closings so the actual number sold is much larger. The percentage over $500.00 was miniscule. So far this year there have been 19 already with most of those closings hovering around the mid $500s making up for 45% of the 34 sales, totaling just short of one billion dollars in volume at $964,680,000. That’s an astounding number and we’re just five months into the year. The County Assessor must be doing a jig.

The callout record prices for May alone include $925,000 for a Corner Greenbelt Washington, $1,004,000 for a Whidbey, $1,042,000 for a golf course and pond view Bainbridge, a $1,240,000 non-golf course Hemlock represented by yours truly, a mind-blowing $1,305,000 quite average Monaco, $1,455,000 for a spectacular remodeled  greenbelt Hemlock. The highest priced home to date was a Luxury Home Tour Maryhill, commission received  by the Elephant in April of 2006, while selling for Shea Homes out of the Tour Center. It’s located on the 17th Fairway and went for $1,588,359.00.
The $1.455 Million Dollar Hemlock  is one of only two homes to ever break the $600/Sq. Ft. mark at $629.87 and literally is the nicest home I’ve ever seen in Trilogy; no expense was spared. The $1.3 Million Dollar Monaco was an anomaly at a crushing $820.75/Sq. Ft.. This is only the third time this floor plan has sold, having listed the first two myself, and I can share it was comparable. If it weren’t for the sad fact that he passed away some time ago, I’d be sure Ed McMahon had rung the doorbell with a bouquet of balloons and a camera crew. Someone has a new dream home. 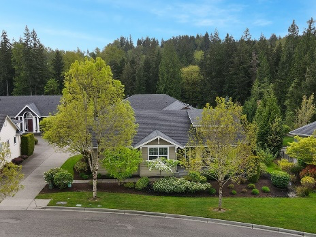 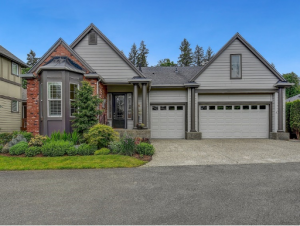 Two For Sale and Trailing Pack at 24 Days on Market

Zillow Review
I would highly recommend Devin as an agent. He was highly attentive to are needs and was immensely helpful to how we should present and stage our house for a sale. we were never pressured at any point of the process. We felt amazingly comfortable with any advice he gave us and made it stress free for us during a stressful time of trying to sell a home. After the sale of our house, he made follow up calls to see how we were at our new home not only is he an excellent agent, but I consider him a friend. I not only recommend him for a selling agent but also as a buyer agent.

A soon to be resident of Trilogy said it best during a recent home inspection. “We are returning from insanity”. I laughed, told him I was going to steal that one and wrote it down. Many other Brokers  I’ve visited with agree; it’s beginning to calm down.

Look at the chart below and you’ll find each month of this year, the inventory was at three available homes or fewer at month end. In my 17 years serving Trilogy, keeping excel spreadsheets of every sale for most of that, I’d never seen non-existent inventory until 2021. We reached zero a significant amount of the time. It sent Buyers into a panic and Brokers recommending they throw everything  but the kitchen sink at their offers to make them strong enough to stand a chance to win the bidding wars. I lost a few myself when representing Buyers. As we creeped into March, inventory began to pick up here and there with two or three listings coming on the market yet being swallowed up quickly and back down the rabbit hole we went again. You’ve all heard about the waving of inspections, along with every other contingency and Buyers being forced to find a way to pay cash. I won’t revisit that.

Pricing rose rapidly as demand far surpassed supply. Some Buyers seemed to lose their minds, in my opinion and paid prices for homes they may not recapture in their lifetimes. TRR was not alone as similar sales were occurring throughout our Tri-County Area and beyond. News spreads quickly in Trilogy and most listings following seemed to realize that half a dozen or so sales were “one offs” and kept their asking prices high but most didn’t overdo it. They were rewarded for this, and it was a wiser approach than hoping to win the Publisher’s Clearing House Sweepstakes or being hit by lightning.

During the month of May, things began to lean a tad more toward the Buyer. The sales you see in the chart for May above are the result of contracts written in March or April. The Northwest Multiple Listing Service reports there were 2,131 new listings during April of 2020 and there are 3,584 for April of 2021 or a 40% increase in inventory. We reached eight listings at one time during May for the first time since 2020. January is always slow to get things kicked off, yet the Active inventory still sold in eight days on average, then  the ice age hit for February and March and  zero was our new norm. Now, look at April at 10 days and May at 24 days on market. There are no junk houses in Trilogy; the numbers don’t lie. The tides are changing.

I’d expect to see inventory grow slowly and the needle tip a little closer to being fair for Buyers. Pricing should level off and a Seller here or there will still scratch the winning Jackpot ticket as over-emotional Buyer’s Agents learn their paradigm has changed but I wouldn’t count on it.

The good news is, we certainly aren’t going to fall off on pricing but rather will see more arm’s length transactions surrounding a strong yet reasonable asking price. Inspections and mortgages have already begun to be included in several agreements during May, and with the realization that their home values have soared over the last six months, several Sellers were more than happy to get that one full-price offer.  Proving the home’s value to a Lender should be no problem after the Tsunami. As always, proper preparation, a strong presentation and an experienced listing Broker and negotiator will be vital.