A quick view of the most influential metrics in Redmond.

Just minutes from downtown Seattle and Bellevue, Redmond, WA is centrally located between the big city and some of the most beautiful natural landscapes around.

Native Americans had settled in the Redmond area 400 years ago, and the first European settlers arrived in the 1870s. Luke McRedmond filed a Homestead Act claim for land next to the Sammamish Slough on September 9, 1870, and the following year Warren Perrigo took up land adjacent to him. The rivers and streams had so many salmon that the settlement was initially named Salmonberg. More settlers came, and with the establishment of the first post office in 1881, the name of the community was changed to Melrose. The new name was taken from the Perrigos’ successful inn, Melrose House, which upset McRedmond. After becoming postmaster, he successfully petitioned to have the name changed to Redmond in 1883.

The Redmond Town Center is the center of retail shopping in the city, and it’s located in the heart of the downtown area. There are more than 100 stores and retail outlets anchored by major department and specialty stores, cinemas, and dozens of dining venues. In addition to shopping for about any product you can think of, you can have your hair and nails done, get a mortgage for your house, visit your chiropractor, see a movie, and rent a car. At least two major Redmond Washington hotels are located right in the complex.

Just south of this mega shopping complex is Marymoor Park, which is located on the northern end of freshwater Lake Sammamish. Every year, more than 3 million visitors come to enjoy the 640 acres of this park, taking advantage of the boating, rowing, and water skiing available on the lake and the park’s velodrome, off leash dog park, rock climbing area, and hiking trails. Dasani Bikes has donated a fleet of bicycles available rent free with registration; there is a community vegetable garden and a pet memorial garden.

There is a summer concert series with a 5,000 person capacity held in the Willowmoor Farm historical district near Clise Mansion. The mansion is a fabulous house built as a farm manor in 1904 and used today as a museum and venue for weddings. The historic farm windmill dates to the same period and is a city landmark. Also from May to October is an excellent farmers market offering fresh produce from Washington State and handcrafts by local artisans.

Redmond Derby Days is an annual community festival held every July. It began as a race around Lake Sammamish called the Redmond Bicycle Derby in 1939, and since then has become a multi-day event including a bicycle criterium, parade, and entertainment stages. It also includes a carnival with rides and attractions, located at Redmond Elementary.

Performing arts in Redmond include the Eastside Symphony and the Second Story Repertory theater company, as well as various artists who play at the Redmond Performing Arts Center. Redmond has an extensive collection of high quality outdoor sculptures throughout its streets and parks, many of which are part of a rotating sculpture exhibition.

The Old Redmond Firehouse is a center for local teens. It has become a hub in the thriving Eastside independent music scene. Local bands perform here with concert style speakers.[27]

The Concerts at Marymoor is an annual summer series of concerts held at the amphitheater in Marymoor Park. The venue has been host to artists as diverse as Norah Jones, Peter, Paul & Mary, Rob Thomas and Duran Duran. When visiting the Seattle area, Cirque du Soleil has set up in Marymoor, as well, since the 2004 tour of Varekai when a concrete base was built for them to set up on. Since then, tours of Corteo (2006) and Kooza (2010) have also played in this spot. In January and February 2012, Cavalia also played at this location. Warped Tour 2012 is set to be at Marymoor Park in the summer of 2012.

View our selection of available properties in the Redmond area.

Check out the latest demographic information available for Redmond.

Get to know Redmond better with our featured images and videos. 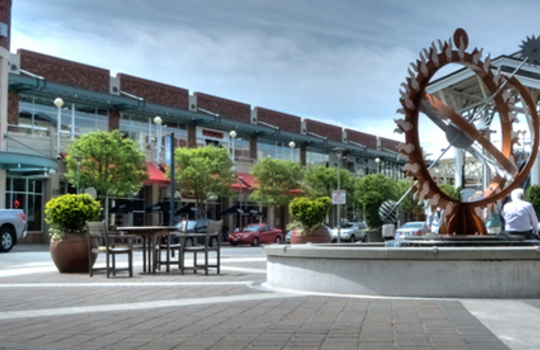 Learn more about schools near Redmond complete with ratings and contact information.

The Best in Redmond

Browse through the top rated businesses in the most popular categories Redmond has to offer.

Read interesting and helpful resources and articles related to Redmond