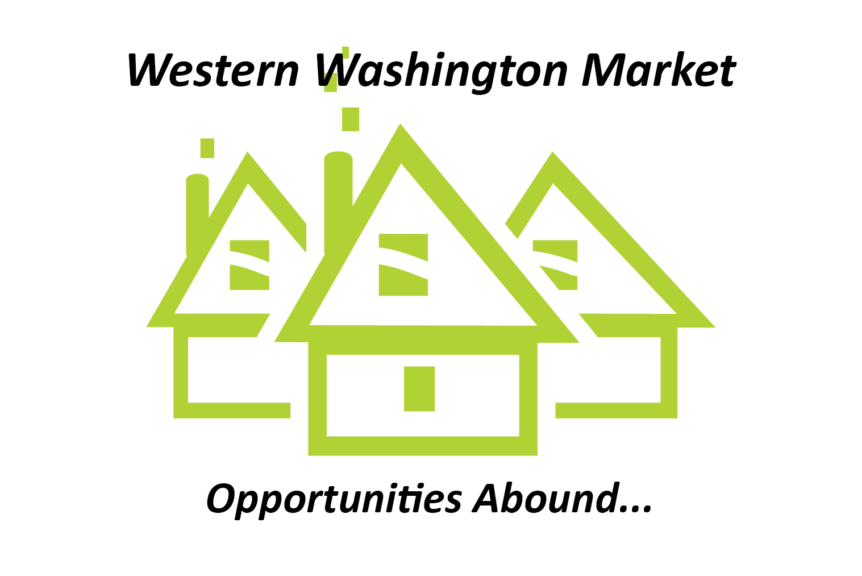 The Northwest MLS report for July, which covers 23 counties in Washington state, shows brokers added 12,514 new listings during July, up from the year-ago total of 11,193 for a gain of 11.8%. Pending sales jumped nearly 14%, while inventory remained well below year-ago levels (down about 39%). Measured by months of inventory, the system-wide supply slipped to about a month (1.04 months).

“Opportunities abound for both buyers and sellers if they’re willing to act quickly,” said Mike Grady, president and COO of Coldwell Banker Bain in Bellevue. Interest rates at historical lows means those who are looking to purchase their first or even their second home can get much more for their money, he explained. He mentioned a broker in their Kirkland office reported her first-time homebuyer client obtained a 30-year, fixed-rate FHA secured loan “at an incredible rate of 2.25%!”

Conversely, Grady acknowledged, depleted inventory means “We are seeing multiple offers in just about every market and at every price point.” He estimates there is only about 24 days of inventory in the major population centers in King, Kitsap, Pierce, and Snohomish counties.

“We’ve seen an uptick in the number of listings in King and Snohomish counties, but it’s still well below what we need to meet the volume of buyers right now,” emphasized Matthew Gardner, chief economist at Windermere Real Estate.

NWMLS director John Deely characterized the market as being in “high gear” during July, with pent-up demand and the need for housing outweighing fears of the coronavirus. “Although new listings of single family homes in King County jumped more than 24% from a year ago, the total available inventory dropped to a 10-year low for the month,” he remarked. “Single family listings priced at or below market are receiving multiple offers with one recent Seattle listing attracting 40 offers,” reported Deely, the principal managing broker at Coldwell Bank Bain in Seattle.

“I see a lot of people who I think would otherwise be content to stay in their homes now rushing to get their homes on the market. Likewise, for buyers – particularly first-timers. It’s the fear of missing out,” stated Mike Larson, president/designated broker at ALLEN Realtors and a director at NWMLS.

J. Lennox Scott, chairman and CEO of John L. Scott Real Estate, noted that last month’s pending sales in King, Snohomish, Pierce and Kitsap Counties were the best-ever for the month of July. “Sellers benefit from the highest median home prices, while buyers are taking advantage of the lowest interest rates on record. The combination of the huge backlog of home buyers and being virtually sold out of inventory makes it feel like it’s a multiple-offer everything,” he exclaimed, saying, “This is a historic moment in residential real estate.”

An unprecedented eight counties in the NWMLS report had less than one month’s supply of homes and condominiums for sale at the end of July. They included Clark, Cowlitz, Island, Kitsap, Mason, Pierce, Snohomish, and Thurston.

“Kitsap County continues to be attractive to East Puget Sound buyers as well as stay-at-home professionals,” said Frank Leach, broker/owner at RE/MAX Platinum Services in Silverdale. Residents are now enjoying the speedy open-access fiber-optic connections that Kitsap PUD started installing years ago, initially to serve rural areas that lacked broadband access, according to Leach. “High speed internet access has become a definite selling point for many homes and building sites,” stated Leach, who also serves as a director at NWMLS.

Leach noted July’s 527 pending sales of single family homes in Kitsap County outgained new listings (508), contributing to a 37% YOY deficit in active listings (382 last month versus 606 a year ago). “As market demand continues, the median value jumped 11.7% from a year ago.” MLS figures show the median price on that county’s single family home sales rose from $383,500 to $428,193. “Buyers are frustrated with the low inventory but elated to see interest rates continuing to drop. We are seeing offers coming in well over the list price, but this may not last long as inventory continues to inch up.”

Economist Gardner suggested the double-digit home price growth in Pierce County “might point to the theory that there’s a COVID-induced flight from more urban markets,” adding, “This also supports my forecast that home prices in Pierce County in 2020 will rise a significant 10.6% compared to 2019.”

Grady suggested the median price increases of around 20% or more in counties outside of the metro job centers, including Cowlitz, Grays Harbor, Lewis, and Okanogan “show that remote work practices are having an effect, and people can now move to more rural areas and work from home.”

“Everyone is buying now,” Young remarked. “With the virus and increased home working, people are able to move to suburbs and outer areas in search of value and lower population density,” he added, pointing to dwindling supply in several outlying areas. “Demand will continue to far outstrip supply for a quite a while,” he predicts, adding, “When you can work from home, why pay a premium to be close to the office?”

Median prices area-wide rose 12.8% from a year ago, with only two counties (Jefferson and Pacific) reporting small declines. Fourteen of the 23 counties in the report had double-digit price increases.

Gardner predicts 2020 home prices will rise by 5.4% in King County and 5.8% in Snohomish County compared to 2019 due to the continued shortage of homes for sale and market demand.King County continues to have the highest median price for homes and condos at $670,000 (up 7.2% from a year ago), but a look at that county’s 29 map areas covered in the report shows price changes ranging from an increase of 21.6% in North Seattle to a 17.4% decrease in the Bellevue area west of I- 405.

Commenting on prices, Deely said properties with aggressive (over-market) pricing “are sitting idle as the current pool of savvy buyers waits for price reductions or for properly priced, new listings.”

“July was great month,” Grady concluded. “The trend we’re seeing foretells stronger results going forward for the next three months, especially in the context of the slowdown we experienced in April and May.”

Scott agreed but expects robust activity to continue for a longer period. “We anticipate the market will remain this way until at least April 2021. At that time, we believe normal seasonal patterns will emerge.”

Leach reported builders are frustrated at not having the inventory to meet current demand and “tradespeople are strained to meet the construction needs.” He also noted more and more buyers are making buying decisions based on virtual tours and cautioned buyers, “If you see something that piques your interest, don’t delay!”

Northwest Multiple Listing Service is a not-for-profit, member-owned organization that facilitates cooperation among its member real estate firms. With more than 2,300 member firm offices and 30,000 brokers across Washington state, NWMLS (www.nwmls.com) is the largest full-service MLS in the Northwest. While based in Kirkland, Washington, its service area spans 23 counties and it operates 20 local service centers.