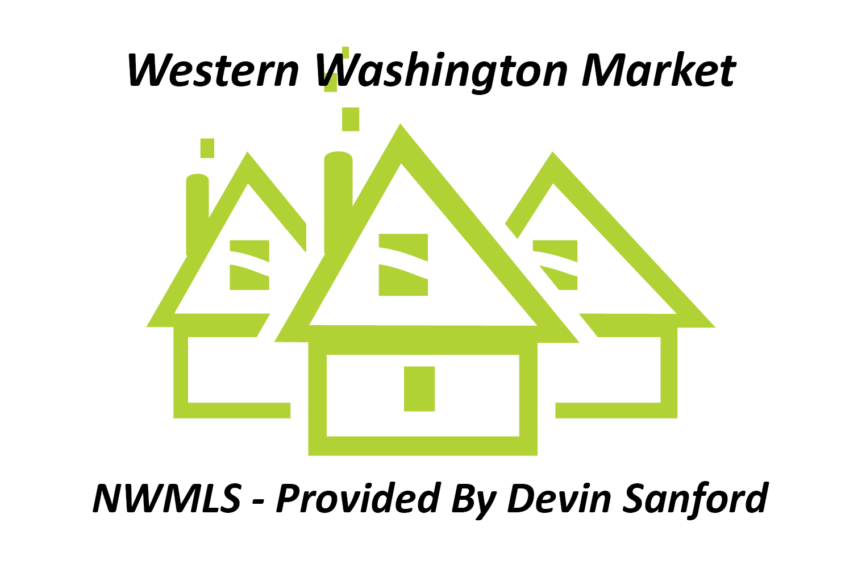 Provided by the Elephant

A new report from Northwest MLS shows brokers added slightly more new listings last month (11,373) than a year ago (11,210). That volume, which includes single-family homes and condominiums, nearly matched the total for August (11,437), and barely outgained the number of pending sales (11,318) for the 26 counties in the report.

Compared to the same month a year ago, pending sales slipped about 6% (11,318 versus 12,053). Despite that drop, J. Lennox Scott, chairman and CEO of John L. Scott Real Estate, noted the number of mutually accepted offers in the Puget Sound region (King, Kitsap, Pierce and Snohomish counties) made last month the MLS’ second-best September, based on records going back to 2003. Last year’s 4-county total of 8,606 pending sales is the highest volume for that timeframe spanning nearly two decades.

“The housing market intensity for each new listing will continue its upward trajectory as the first of the year approaches,” Scott proclaimed.

Low inventory continues to pose challenges for buyers. At month end, Northwest MLS members reported 7,757 total active listings system-wide. That marked a slight improvement from August when there were 7,425 active listings, but it was a drop of nearly 14.8% from twelve months ago.

As of the end of September, there was about three weeks of supply (0.75 months), slightly better than August (0.70 months), but less than the same month a year ago (0.89 months). There has not been more than one month of supply since July 2020 when it reached 1.04 months.

Figures for single-family homes only (excluding condominiums) were more encouraging. Inventory declined only about 4% from a year ago. Seventeen counties reported YOY gains, with two others unchanged from year-ago levels.

For all counties in the report, the months of supply for the single-family component was the same as the figure for single-family homes and condos combined (0.75, or about three weeks).

“While one could expect months of supply to increase around the end of the summer, shortage of supply still remains a significant issue, indicating demand still exists in many submarkets,” observed James Young, director of the Washington Center for Real Estate Research at the University of Washington.

Young contrasted strong price increases in nearly every “outer suburban” county along I-5 plus Kittitas County with prices in King County. He noted nearly all of the outlying counties posted YOY increases at or above 15%, while King County experienced only a single digit gain of 6.7%. Prices in Kittitas County, where destinations like Suncadia and Ellensburg are within a two-hour drive to Seattle, surged more than 26% from a year ago.

“With decreases in active listings in King and Snohomish counties, price pressure may increase in urban areas of the region as people return to the city for work,” suggested Young.

One option for those wanting to live near urban job centers in anticipation of workplace reopenings may be condos.

“I’m happy to report that the Seattle-area condominium market, which was negatively impacted by COVID-19, has stabilized, reporting consistent increases in both sales and prices,” noted Matthew Gardner, chief economist at Windermere Real Estate.

Condo inventory, however, is sparse, with the selection at about half the year-ago levels (1,078 active listings at month end versus the year-ago supply of 2,129 listings).

In King County, Northwest MLS figures for September show a 20% jump in the number of condos that closed during September compared to a year ago; within the Seattle map areas, closed sales were up more than 34%. (King County currently accounts for about 70% of condo inventory and 60% of condo closed sales.) Condo prices rose more than 8% countywide, with the Southwest and Southeast and North King areas of the county registering the strongest gains at more than 13.5% in all three sub-areas.

Condo prices in nearby counties outgained the rate in King County, as did prices system-wide, which rose 15.7% from a year ago. Kitsap prices spiked 28.5%, Snohomish prices were up 17.8% and Pierce County condo prices jumped about 16.7%.

In addition to noting improvements in the condo sector, Gardner also stated, “We continue to see a migration of buyers to suburban markets which has resulted in significant year-over-year price growth in areas such as Shoreline, Lake Sammamish, Auburn, Skyway, Woodinville, and Burien. It’s likely that buyers are drawn to these areas because housing is more affordable than in the urban neighborhoods closer to Seattle and Bellevue.”

John Deely, executive vice president of operations for Coldwell Banker Bain, also commented on condo activity, notably the 20% jump in King County sales. “This further reflects the affordability crisis in our region as residential buyers are driven to the condo market.” According to NWMLS data, a single-family home that sold in King County last month had a median selling price of $825,600, while for condos it was $466,501.

“One positive note for buyers is that prices are beginning to level out and the annual trend of the market slowing down as we move into the holidays remains,” Deely commented. “Buyers should consider staying in the market, if they can, as homeowners who are selling in the last quarter of the year tend to be highly motivated. Buyers will find less competition this time of year due to inclement weather and holiday travel.”

Deely has detected rising concern among sellers over legislation affecting capital gains rates. “With legislation in the queue on the national front that could cause an increase in capital gains rates, many sellers who have been on the fence about selling are now concerned they could lose profit in their homes to taxes if they wait,” Deely reported, adding, “Of course, it’s proposed legislation and therefore unpredictable, but our clients are asking about it.”

Rebhuhn noted some buyers are backing away from bidding wars, instead choosing to wait for the right property.

Broker Dick Beeson, in Pierce County, described the market as “brutal and unforgiving for buyers and sellers,” with “dreams being crushed on all sides. Buyers are swallowing hard and paying prices they curse, while sellers are having to move somewhere they hadn’t originally planned – be that good or bad.”

Beeson, the managing broker at RE/MAX Northwest in Tacoma-Gig Harbor, said that while inventory in some NWMLS counties appears to be improving, there are “still slim pickings,” which portends escalating prices and fierce competition among buyers.

Among Puget Sound area counties Beeson mentioned as having year-over-year gains in inventory were Kitsap, Pierce and Thurston. Even so, he emphasized, these have not yet translated into reduced prices for buyers. Improving inventory should eventually reduce the rate of future price increases, he suggested.

Beeson contends YOY rates of appreciation at 16% and higher can’t be sustained. “It will bankrupt us.”

Northwest Multiple Listing Service is a not-for-profit, member-owned organization that facilitates cooperation among its member real estate firms. With more than 2,500 member firm offices and 32,000 brokers across Washington state, NWMLS (www.nwmls.com) is the largest full-service MLS in the Northwest. Based in Kirkland, Washington, its service area spans 26 counties, and it operates 21 local service centers.

*Adams, Walla Walla and Columbia counties are added as separate rows this month; previously, statistics for these counties were included in the row for “Others/Out of area.”