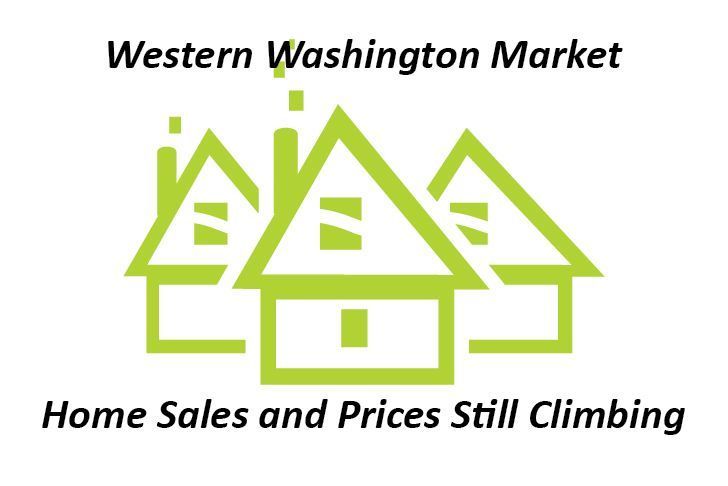 KIRKLAND, Washington (Nov. 4, 2016) – Home sales around Western Washington outgained new listings again in October, fueling competition for scarce inventory and pushing prices higher. Some seasonal slowdown is still expected – and the Nov. 8 elections may be in play as well, according to brokers at Northwest Multiple Listing Service who commented on last month’s activity.

MLS members reported 9,950 pending sales during October, but they added only 7,591 new listings, the lowest number since January. A year-over-year comparison of pending sales shows there were 633 more mutually accepted offers last month than twelve months ago for a gain of 6.8 percent.

Closed sales improved even more, rising from the year-ago total of 7,769 completed transactions to last month’s volume of 8,554 (up 10.1 percent).

“While the stock market remains somewhat skittish regarding the upcoming presidential election, this feeling clearly has not transferred to the housing market,” remarked OB Jacobi, president of Windermere Real Estate. “Unfortunately for buyers who were hoping to have more homes to choose from this fall, listings in October fell to levels we haven’t seen since the 1990s – and at this point, we probably won’t see any sizable increase in inventory until the spring at the earliest,” he added.

Active listings dropped more than 13 percent compared to a year ago, with further shrinkage expected. At month end there were 15,690 single family homes and condominiums offered for sale in the MLS system, which encompasses 23 counties. That’s 2,378 fewer than the year-ago total of 18,068, and 2,446 fewer than September. All but two counties (Clallam and Ferry) reported year-over-year decreases in inventory.

Overall, there was only 1.8 months of supply. King County had slightly more than one month (1.1), with several areas within that county reporting less than a month’s supply. In Snohomish County, where inventory plunged more than 20 percent from a year ago, there was with 1.3 months.

“The further we move into November, the more we’ll start feeling the typical seasonal drop when new listings coming on the market decline by 50 percent on a monthly basis compared to spring and summer months,” suggested J. Lennox Scott, chairman and CEO of John L. Scott Real Estate. Buyers are still out there, he emphasized. “We’re heading into winter with a repeat of last year’s conditions: low inventory, a backlog of buyers, and historically low interest rates.” On the heels of the “best October on record” Scott predicts “a strong winter market where the inventory remains tight throughout the season.”

Not surprisingly given the large MLS territory, which includes both rural and urban areas, activity is stronger in some sub-markets than others. Prices also reflect a wide spectrum. Of the four counties comprising the Puget Sound region (King, Kitsap, Pierce and Snohomish), only Kitsap had an uptick in new listings compared to a year ago, but that county’s robust pending sales (up 20.7 percent) helped deplete its total inventory versus twelve months ago (down about 7 percent).

“The market in Kitsap is still very active,” according to Frank Wilson, the branch managing broker and Kitsap district manager for John L. Scott Real Estate in Poulsbo. He noted Kitsap typically lags the Seattle market by 6-to-9 months.

Wilson expects a slowing in Kitsap County, at which time the upward pressure on pricing will begin to ease. “For now, the median price is up almost 13 percent from a year ago,” added Wilson, a board member at Northwest MLS.

In South Sound, prices rose at a more moderate rate, around 9.6 percent in Pierce County and just over 6.8 percent in Thurston County. “Homes priced under $400,000 are looked at hard by buyers on ‘day one’ and often draw multiple offers,” said Northwest MLS director Dick Beeson, the principal managing broker at RE/MAX Professionals in Tacoma. Above that figure, things slow down markedly, he noted, adding that’s true in other areas, but the starting numbers and wait times might vary.

Beeson also cautioned sellers to be realistic in pricing, even in the current imbalanced market when sellers may have the upper hand. “Price cures all ills. No amount of marketing a property will cure the ill caused by too high a price,” said the veteran broker, citing data on expired listings that eventually came back on the market but oftentimes sold at a reduced price.

While prices continue to appreciate, Wilson said the “appraisal situation” is tempering activity. “We’ve spent the last 20 years improving the closing process, making it faster and more efficient. With the reduced number of appraisers in the marketplace now, we are seeing 2-to-4 weeks being adding to closing times, and costs doubling or tripling.”

Along with appraisal delays and seasonal adjustments, another industry leader mentioned reports indicating real estate markets nationwide are experiencing an “election cycle slowdown” due to the uncertainty surrounding next week’s elections. “People may be taking a ‘wait and see’ approach before buying or selling,” said Mike Grady, president and COO at Coldwell Banker Bain. However, he added, “We believe that regardless of who wins, there will be no major impact on the Puget Sound region’s economy.”

Grady cited solid local economic indicators and the Federal Reserve’s decision on Wednesday to hold off on increasing interest rates as signals for a good time for home buyers and sellers to make a move. “It actually could be a great window of opportunity,” he stated.

MLS director George Moorhead also commented on jitters associated with Election Day. “We are hearing concerns from buyers relocating from other countries and how policies may change job security,” he stated.

On an encouraging note for buyers, Moorhead said there has been more flexibility involving new construction incentives and upgrades, notably among larger national builders wanting to close out inventory. He believes it’s been at least 18 months since such offers were available to buyers.

“New construction projects are still going forward and are only hampered by the lack of available land for larger development sites,” reported Moorhead, designated broker at Bentley Properties. Both national and mid-sized local builders are completing smaller 4-to-6 lot plats, even though they prefer plats of at least 12 lots, according to Moorhead.

Asked about activity from foreign investors who might be shifting attention from British Columbia to markets in Washington because of tax hikes and other measures being imposed there, and recent reports of plunging sales, brokers with Northwest MLS had varied reactions:

Moorhead said they’re seeing an increase in foreign money, but it’s more in the commercial arena. He also noted they are a hearing of foreign buyers looking not just in Puget Sound, but also in California, Texas and other states.
Gary O’Leyar, designated broker/owner at Berkshire Hathaway HomeServices Signature Properties, described it as “a great example of what happens when you impose a restriction (excessive taxes or restraints) onto a free market. Although the circumstances are not exactly the same, rent control in a free trade market could have similar detrimental results.”
Grady’s response was: “It’s not at all surprising that pending sales in Vancouver (B.C.) dropped comparing month-to-month, after the huge surge that happened in the final month before the new fees commenced.”
Beeson was upbeat. “This move [by the British Columbia government] to put an additional tax burden on foreign investors should bring smiles to Washington brokers, particularly in the Greater Seattle and Eastside markets. It’s only a matter of time until these investors find a welcome mat out just a few miles south of Vancouver and property prices worth writing home about.”
Northwest Multiple Listing Service, owned by its member real estate firms, is the largest full-service MLS in the Northwest. Its membership of nearly 2,100 member offices includes more than 25,000 real estate professionals. The organization, based in Kirkland, Wash., currently serves 23 counties in Washington state.